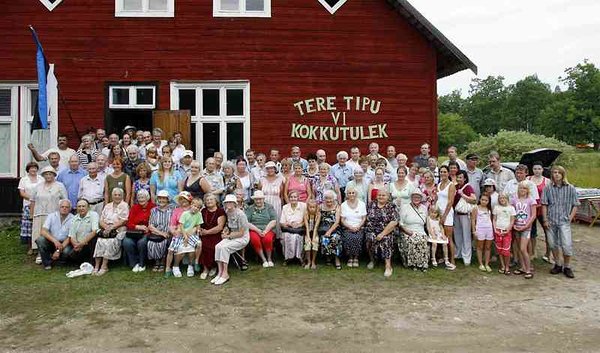 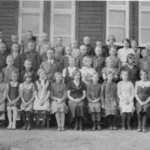 Tipu Now And Then

Tipu village is one of the youngest in Soomaa National Park. It has grown out from Halliste village (or Aliste in old sources) established on the banks of the Halliste river. The first farm estate in Tipu area was build somewhere at the end of the 18th and the beginning of the 19th century. The 1860s could be considered as the hour of birth for Tipu village. Suure-Kõpu landlord Alexander von Stryk build a sawmill and distributed the nearby land to peasants. Around this time, the landlord arranged for a road to be build to connect Kõpu and Tipu. The first half of the 20th century was the heyday of the village when it had a dairy farm, a school house, a machinery association, a post office, a library and active social life with various amateur hobby circles. There were about 240 people living in the village at that time, and 40-50 children going to the school. Before it became the school house 1895, the building was used as an inn. The school was established and maintained by landlord Stryk, he also collected the school tax consisting of 1-3 rubles a year. In 1932 the new school building, that is still standing today, was built in the place of the former sawmill.

There were no farm estates between Tipu and Iia, but the village had expanded all the way to Tõramaa. Since there were no roads, the farms were mostly located along the riverbanks. The major sources of income were cattle farming (the flood would kill the crops), eggs, dairy products and meat.

Due to the establishment of kolkhoz' after the SecondWorld War the individual farms were closed down. The land was nationalized in 1940, many farmers were deported, others were forced to join the new collective farms. The number of inhabitants in the villages fell rapidly. In the Soviet time floodplain meadows were established by local farming institutions, but over the years the area of floodplains that were regularly mown decreased and became overgrown.

Tipu school was closed in 1964 due to the small number of children attending. In 1968 the Univerity of Tartu started using the school building as its study base.

Today, there are almost no settlers here, former villages have become extinct and forgotten. Being the westernmost village of the nine villages in Kõpu parish, the border of Tipu is now stretched from Iia to Tõramaa, on the border of Pärnu County. Its area is 8737 ha and a big part of Tipu, consisting of 6630 ha, hosts the Soomaa National Park.